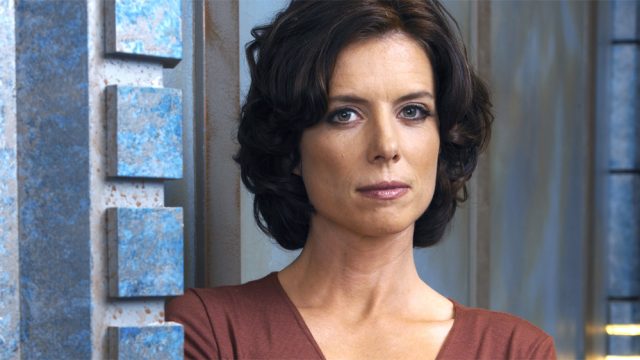 Another member of the Stargate Atlantis family is joining the big fifteenth anniversary celebration in San Diego this week.

Christopher Heyerdahl (“Todd” the Wraith) has also been announced for the evening event at the Fluxx Club.

Both events will feature a live table read from Stargate: Extinction, the script for the Atlantis movie that never went before cameras.

Mallozzi tells GateWorld that, with Higginson’s appearance at this week’s reunion, he is ready to reveal what the writers had planned for her character. 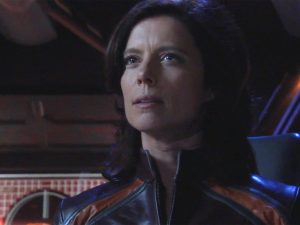 Torri’s final appearance on Atlantis — a cliffhanger tag to Season Four’s “Be All My Sins Remember’d” — was never meant to be the end for Weir.

“But wait! There’s more!” Mallozzi said. “With Torri Higginson’s announced appearance at this special event, I will also include a double-Weir scene — long planned and plotted — that offers what we had planned for Elizabeth beyond ‘Ghost in the Machine,’ had circumstances (and a potential sixth season pick-up) panned out.”

After her character was written out as a series regular in Atlantis‘s fourth season, Higginson returned as a Replicator-made copy of herself in “This Mortal Coil.” Then she turned up again, evidently in command of a secret faction of Replicators, after the destruction of the planet Asuras (“Be All My Sins Remember’d”).

When producers invited her back to continue the character’s arc in Season Five, though, Higginson opted to turn down the offer. A bit of sci-fi creativity led to Replicator Weir being played by another actress, Michelle Morgan, in “Ghost in the Machine.” (That episode left Morgan’s Weir adrift in space.)

As Mallozzi’s comments indicate, however, the writers were not done with Weir’s character — nor with trying to get Higginson herself back on set. There were designs on continuing her story, had the series been picked up for a sixth season.

Hopefully Stargate fans in attendance at Thursday’s Comic-Con anniversary celebration will get the full scoop, and Mallozzi promises a special “Elizabeth Weir Returns” scene at the panel.

MGM also tells us that the events will be recorded and made available online for those who can’t make it in person. Stay tuned for more coverage in the days ahead!

I’m a firm believer in month long birth celebrations. Happy 15th Birthmonth to #SGA #StargateAtlantis15 Excited to be able to slip in last minute to some of the celebrations 🎉 @Comic_Con https://t.co/Fp6uUP9E2T

I remember reading that Torri declined the offer to return because she felt like they were just toying with the idea to yanking the viewers, who loved Elizabeth’s, chain. She didn’t feel like they were serious about the character’s return. So this basically falls under the “a good decade too late” category and just more “but we really were gonna”. If they were actually serious about it, they wouldn’t have wasted 2 seasons on it. She’d have been back at the end of season 4, and a regular again in season 5 — probably not as a leader of the… Read more »

As weir as it may sound, Elizabeth Weir was equal or better as Amanda Tapping, just my personal opinion.