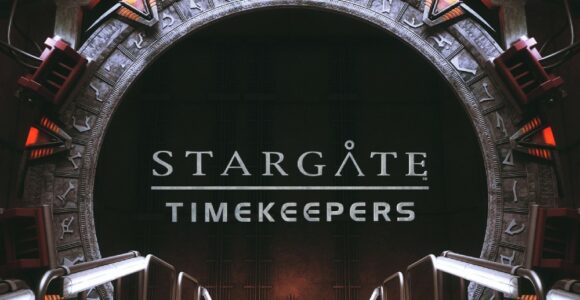 Travel through time and space with Commander Eva McCain and her team in the new real-time strategy game set in the Stargate universe. Stargate: Timekeepers is now in development for the PC!

In collaboration with leading entertainment company Metro Goldwyn Mayer (MGM), Slitherine, a world leading producer and publisher of digital strategy games, is proud to announce that it will develop and publish Stargate: Timekeepers, the first-ever strategy PC game based on the fan favorite series, Stargate SG-1. Stargate: Timekeepers departs from the end of Season 7 of the Stargate SG-1 main plot to create a wholly original story starting during the Battle of Antarctica, where Commander Eva McCain and her team are tasked with supporting the SG-1 against Anubis’s fleet. The aftermath of the battle sees Commander McCain and her squad face an epic adventure that spans multiple original locations. In Stargate: Timekeepers, players will travel through time and space, save civilians from the threats of their system lords, rescue their friends and allies from danger, and much more. From Slitherine