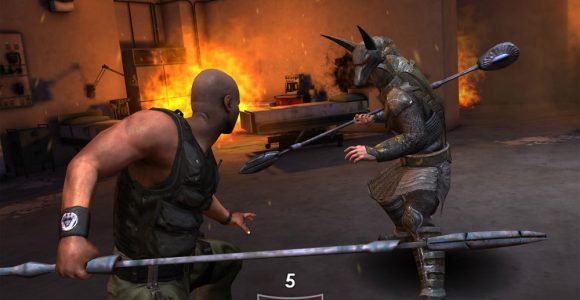 Available as an in-app purchase through the free Stargate Command app on iPhone, iPad and iPod Touch, "Teal'c's Revenge" puts players in the role of the legendary Jaffa warrior as he battles SG-1's toughest foes in a series of epic 1-on-1 battles. Stargate Command is under attack and only Teal'c's fabled combat skills can save Earth from total destruction. Reflexes are critical as you parry, block and unleash powerful attacks to earn XP, improve your skills and save Stargate Command from enemy Goa'uld, Jaffa and Replicators that plagued SG-1 through 10 seasons of the TV franchise. Available for $0.99 during launch week only, Teal’c’s Revenge features: From Arkalis Interactive