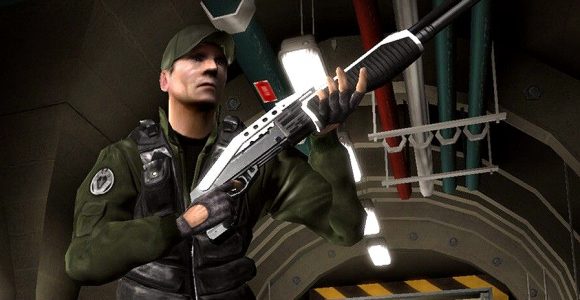 The evil Anubis is on the move and Stargate Command is preparing for battle. His fleet has been plundering huge regions of space and conquering worlds in search of a powerful artifact that holds the power to overthrow the universe. General Jack O’Neill and the other members of the Stargate SG-1 team must transport to vast alien outposts to locate the ancient artifact before Anubis.

Stargate SG-1: The Alliance is an intense first-person, multi-player action game which recruits you as an integral member of the SG-1 team. Using innovative team gameplay, travel through gates to complete 16 complex missions. Explore bizarre and beautiful alien worlds and come face-to-face with the Jaffa, Ree’tou, Haakan and other dangerous alien nations that populate the Stargate SG-1 universe. Earth’s fate depends on it!