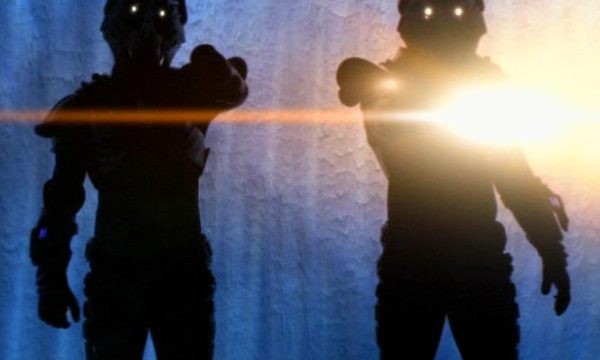 With the return of Daniel Jackson, the discovery of an Ancient outpost under the ice of Antarctica, and the loss of one of Stargate Command’s finest, Season Seven of Stargate SG-1 was surely one of the show’s biggest. Now it’s time for you to vote for your favorite episodes, character moments, villains, and more!

All through the month of February we’re revisiting Season Seven in the Stargate Rewatch, a worldwide Stargate community event. We asked fans to spend the first half of the month nominating their favorites in each category below. The top nominees are on the ballot and ready for voting!

Before you cast your ballot, take a peek at the winners from previous seasons: Season One, Season Two, and Season Three, Season Four, Season Five, and Season Six.

You don’t have to be a Rewatch participant to vote, but please vote only once! Voting will close on February 29, and we’ll announce the winners for the month before heading into Season Eight in March. Come back then to nominate your favorites from that season!

The robot won’t accept my cut and paste even though I passed the CAPTCHA test.

Some good episodes in this season.

Strugled to choose favourite episode, could not decide between heroes and lost city. Heroes was one of the most emotional episodes ever. similar to “Sunday” on Atlantis

Also choosing President Hayes as best guest star. He acted very well and he also threated to have Kinsey shot (probably deserves it purely because of that).

Season 7 great season, but the next season which is 8 is the worst season in the sg1 season in my opinion. RDA phoned his performance in season 8. But i suppose they were trying to get SGA off the ground.

There is something about a kickass bad guy who just won’t die. The Kull warrior chasing Sam was like the Terminator.
An excellent season full of heart rending moments.

As to the criticism of season 8 a few posts above; to each their own, but i find Season 8 to be one of the best seasons of SG-1. I’d certainly say it marked an improvement over season 7.

@ZJW88: I agree with you 100%. Season 8 was very uneven IMO, but the good episodes were so terrific that made me love the whole season with all its faults. Season 7, otoh, had 1 outstanding 2-parter, a few good episodes (Fallen & Homecoming, Orpheus, Revisions, Grace, Heroes 1&2, Death Knell – that’s about it) and a few very, very bad episodes while the rest was just ‘meh’. Out of the first 8 seasons season 7 is easily the worst, IMO. And again, I’ll stress that it’s all just my personal taste and personal opinion. PS> RDA’s alleged “phoning in… Read more »

Season 7 is my favorite. Lost city is the episode that first got me to watch Stargate.

It was funny to see another MALP “disappear” in Death Knell. They send it through into the hole created by the gate, then the team presumably walks through and the MALP is gone?

Did they shut down the gate and reconnect to disintegrate the MALP so the team wouldn’t hit it when the fell through the gate?

It’s funny to see how many of these expensive devices are left behind on so many planets.

I thought 8 was very uneven as well. RDA’s new role in SGA subdued him quite a bit.

Less Tokra was bad in my opinion, eventually the snakeheads had to lose and new baddies from new galaxy are an evolution of enemies to fight, but seem a little dull for me. Also, they give away a forseeable demise for the new baddies all too early in the story, and unexplicably follow it through to the end!!!!??? I didn’t like how SG1 ends.