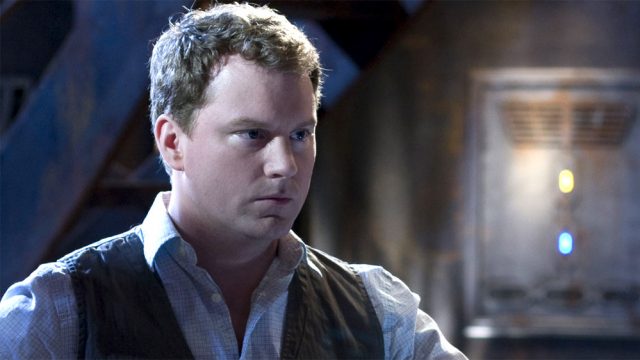 Dr. Dale Volker is a genius surrounded by other geniuses. His brilliance in astrophysics and engineering won him a post on Earth’s top-secret Icarus Project, researching the Stargate’s ninth chevron on a distant planet. Little did he know that, with the gate unlocked and the base under attack, Dale would be forced to evacuate to his new home: Destiny, a decrepit Ancient vessel many galaxies away from home.

On the Destiny Volker continues to prove himself a capable scientist, though Dr. Nicholas Rush regularly berates him and his abilities. He works alongside his friends and fellow scientists Lisa Park (for whom he harbors romantic feelings) and Adam Brody — getting into trouble one moment, and helping to save the ship from the latest catastrophe or alien attack the next.

Dale is a kind person, loyal to his friends, who wears his heart on his sleeve. When he began to suffer from renal failure he elected kidney transplant surgery that would save his life. Volunteering to donate his kidney was MSgt. Ronald Greer, and the experience bonded the two men together for life. 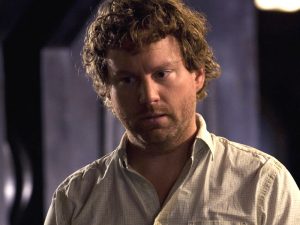 Before he was cast as the lovable Dr. Volker on SGU, actor Patrick Gilmore had another role on the Stargate franchise. He played a Genii soldier in the Atlantis episode “Harmony.” (Here’s a pic!)

Though Patrick wasn’t a lead cast member on SGU, he managed to appear in 39 out of the show’s 40 episodes. The only episode he isn’t in? Season One’s “Lost.”

What is your favorite Volker moment? Post it below!