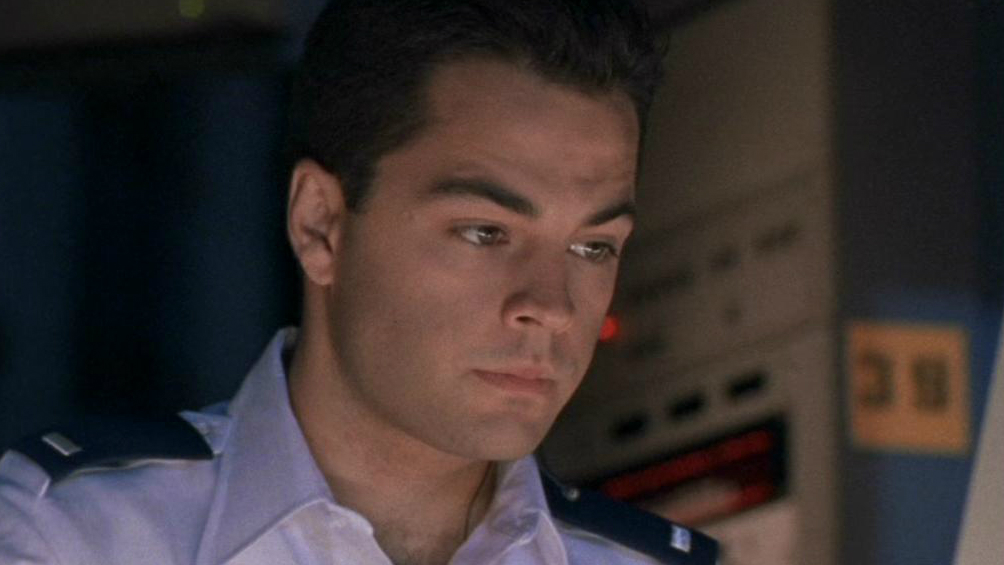 A young and capable S.G.C. technician, Simmons is one of the original Stargate operators. He has also had a long-standing crush on Samantha Carter.

Simmons has also assisted in the S.G.C.'s initial mission analysis of various items brought back through the gate. Proximity to one of these devices, an alien Orb, infected him and the rest of the base with an alien pathogen. Others were given tetracycline to stop the growth of the virus -- but Simmons is allergic to it, and lay untreated. This threatened his life, but he managed to survive the experience.

Simmons was on duty in the control room when Carter, Teal'c and Major Castleman were sent to P9Q-281 to investigate some Ancient inscriptions and got trapped when the D.H.D. jammed. He reported to General Hammond that contact was overdue.

He was also on duty when SG-10, commanded by Major Boyd attempted to escape a black hole. He found it impossible to manually shut down the gate, as it was taking it's power directly from the black hole. Later he was given the task of monitoring the gravitational effects at and near the iris.

It was Simmons turn in the control room when Sokar attacked the base with some form of sub-atomic partical weapon after SG-1 brought the dying Apophis to Earth.

He did not appear again for nearly four years, possibly implying that he was transferred off the base and then back. When Anubis attacked Earth's Stargate, Lieutenant Simmons was assigned to determine why the Goa'uld was able to maintain a stable wormhole for more than 38 minutes.

PLAYED BY - Tobias Mehler
FIRST APPEARED - Message in a Bottle

Message In a Bottle - Lieutenant Simmons is infected with an alien virus, and nearly dies because he is allergic to the only thing Dr. Fraiser can find to hold back the virus.
The Fifth Race - Simmons reports to General Hammond that it is overdue time for contact with SG-1.
A Matter of Time - Simmons assists in monitoring the gravity effects through the open wormhole.
Serpent's Song - Simmons is on duty in the control room when Sokar begins his attack.
Redemption, Part 1 - Simmons is given the task of finding out how Anubis is keeping the gate open.