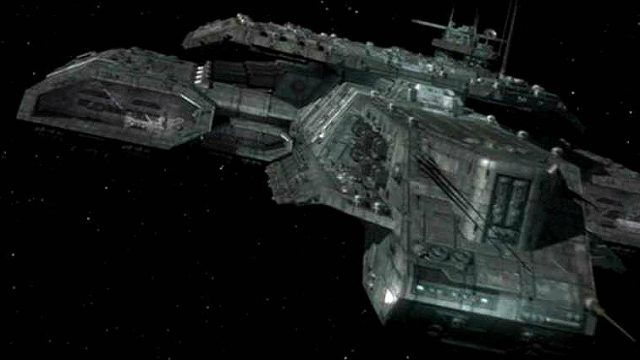 In the Friday Five we’re counting down our favorite moments, episodes, character beats, tech, and more from the history of the Stargate universe. Tell us how your list compares! Share a link to your own Friday Five for this week’s topic, or post a comment below.

Want to author a future installment of the Friday Five? We’re taking submissions now! Click the “Submit News” button to get started.

This Week: Stargate’s Spaceship Captains. There have been many more than five, of course, including a revolving door on the bridge of Earth’s first ship, Prometheus. It was commanded for one-off missions by William Ronson, George Hammond, and even Jack O’Neill himself before Lionel Pendergast settled into the job. But in this round-up we are focusing on the BC-304 line of deep-space cruisers.

Here are five stand-out spaceship captains (in no particular order): 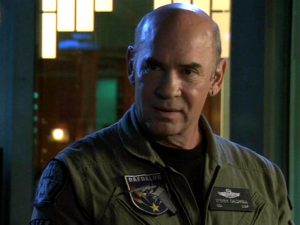 Commanding Earth’s very first BC-304 battlecruiser is Colonel Caldwell, who raced his new ship across the empty span between galaxies to help rescue Atlantis from the Wraith siege (“The Siege, Part 1”). Caldwell is no-nonsense and by-the-book, who became a real ally for the expedition in the Pegasus Galaxy … after the Goa’uld symbiote that had taken him over was removed (“Critical Mass”).

Caldwell led point in the fight against the Replicators, leading to the destruction of their homeworld Asuras (“Be All My Sins Remember’d”). 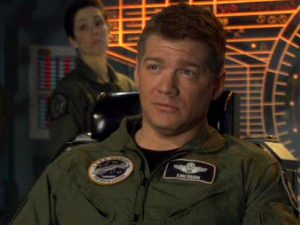 Another Air Force Colonel, Paul Emerson is more laid-back by personality — probably more likely to be found chatting up his crew in the Mess than some other ship captains. Emerson took command of the Odyssey, whose primary assignment is in the Milky Way Galaxy, where the ship provides key support for SG-1 and other teams.

Emerson did get to take one trip to Pegasus to help block the Ori Supergate (“The Pegasus Project”). In the end, he was tragically shot dead by a Lucian Alliance hijacker (“Company of Thieves”). 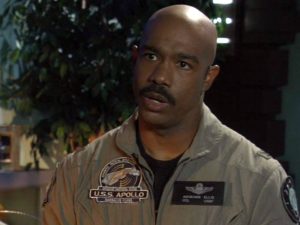 Colonel Abe Ellis is a cunning and frank military strategist. On his first visit to Atlantis he brought intel that the Replicators were constructing a fleet of warships — then proceeded to devastate the enemy planet in a preemptive first strike. After sparking a war Ellis and the Apollo put in their time fighting in the Replicator war, participating in that final attack on their homeworld. 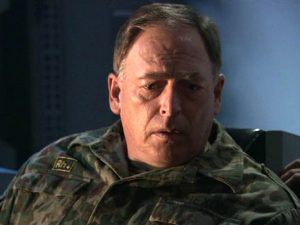 One of Stargate Command’s long-time frienemies finally got his own ship! After representing Russia’s interests for four years Colonel Chekov won command of the Korolev, the first battlecruiser designated for Russian command. But the adventure was to be short-lived, as the ship’s first major deployment — the battle to try and stop the Ori fleet from coming through the Supergate to our galaxy — led to the Korolev‘s destruction. 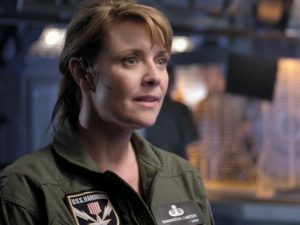 After two promotions, more than a decade of service on SG-1, and a year leading the Atlantis expedition, Sam Carter was rewarded with her own command: Earth’s newest ship to come off the line. Originally to be called the Phoenix (“The Last Man”), the vessel was named for her dear friend and former commanding officer, the late Major General George Hammond.

Carter and her crew helped to establish an important base on the Icarus planet, and delivered supplies and personnel to the Ninth Chevron Project located there. When the base came under attack by the Lucian Alliance, it was the Hammond that fought to defend it and maintained contact with the new Homeworld Command office back on Earth.