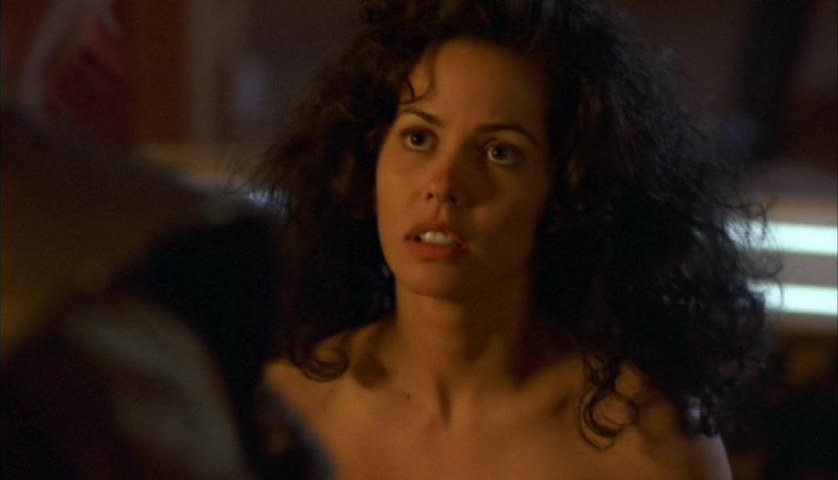 The daughter of Kasuf, from the desert world of Abydos. Sha're was given in marriage to Dr. Daniel Jackson when the archaeologist traveled to Abydos on the first Stargate mission. The two fell in love, and Jackson remained behind on Abydos when the planet was freed from slavery to the Goa'uld System Lord Ra.

One year later, the Goa'uld Apophis came to Abydos and kidnapped Sha're. She became host to his queen, the Goa'uld Amonet. Daniel joined the Stargate program for the sole purpose of finding his wife and freeing her from Amonet's control.

Jackson and SG-1 searched the galaxy for Sha're for more than two years before she returned to Abydos, and was killed. Teal'c was forced to fire his staff weapon at her, as Amonet was about to kill Jackson. But before dying, Sha're communicated with Daniel through the Goa'uld hand device, giving him a new mission: find her son, the child of Apophis, who contains all the knowledge of the Goa'uld.

Sha're's son Shifu was born on Abydos and hidden away among the people. The father, Apophis, was told that Heru'ur (a rival System Lord) had stolen the child. In fact, Jackson himself had delivered the boy and hidden him away. Shifu is a Harcesis: the offspring of two Goa'uld hosts (a forbidden act), who contains all the genetic memory of the Goa'uld. He was sent to the planet Kheb before Sha're's death, where he came under the protection of the powerful Ancient, Oma Desala.

During her run on the show Amonet / Sha're actress Vaitiare Bandera was the real-life girlfriend of "Daniel Jackson" actor Michael Shanks.

"Stargate" the Movie - Sha're is given to Daniel Jackson as his wife, as her father Kasuf believes him to be a representative of the god Ra. After she helps lead her people to defeat Ra, Jackson remains on Abydos with her.
Children of the Gods - One year after her marriage, Sha're is kidnapped by Apophis and forced to become host to his Goa'uld queen.
Secrets - With the Goa'uld Amonet in hibernation within her, Sha're is sent home to Abydos to give birth to the child of Apophis. Daniel finds her there and delivers her baby, hiding him among the Abydonians.
Forever In a Day - Amonet attempts to kill Daniel with a Goa'uld ribbon device, and is shot dead by Teal'c. But before dying, Sha're communicates a farewell to her husband, and asks him to forgive Teal'c -- and to find her child.
Fallen - Sha're is the first person Daniel remembers during the struggle to regain his memory. He is crushed when he learns she has died.