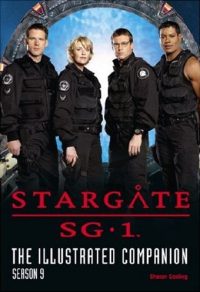 The popular behind-the-scenes book series continues with volume 5, with an in-depth episode guide, interviews with the cast, and much more.

Stargate SG-1 is a sci-fi TV phenomenon: the story of an elite military team as they probe the secrets of the Stargate, the mysterious, ancient portal that allows instantaneous travel to remote planets throughout the universe. In Season Nine, exciting new faces appear at the S.G.C. alongside the old favourites, as following Jack O'Neill's promotion, Lt. Colonel Cameron Mitchell steps in to lead a new-look SG-1. This is the official in-depth guide to the show: packed with behind-the-scenes interviews, exclusive pictures, a comprehensive episode guide and contributions written by the cast, giving their unique take on the characters they play! From Amazon.com