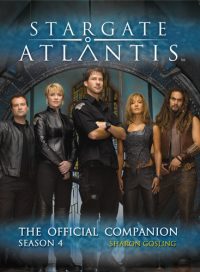 Hit TV series Stargate Atlantis continues to thrill and enthrall in its fourth season. Faced with the threat of a galaxy-wide war, the Atlantis team must find a new home in the Pegasus Galaxy for their base, the mythical Lost City, before confronting the Asuran Replicators, who are rapidly growing in strength. The fourth season brings a new leader -- SG-1's Sam Carter -- daunting new challenges and uneasy alliances, as well as new planets and new alien encounters. This official companion to the fourth season is packed with behind-the-scenes interviews, a comprehensive episode guide and scores of photos, including a 16-page color gallery. Exclusive! Featuring a foreword by David Hewlett (Dr. Rodney McKay), plus contributions from the production team, crew and cast! From Titan Books