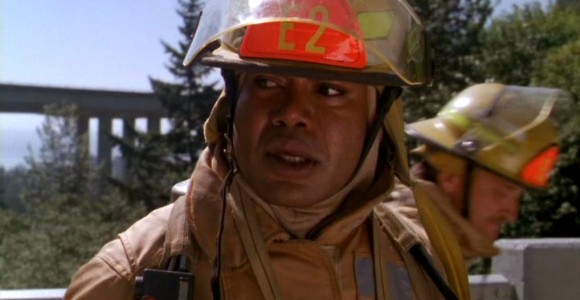 A near-death trial causes Teal'c to imagine his life as very different from the one he knows, where he is a normal person living on Earth – until he can no longer distinguish reality.

Every once in a while, an episode comes along that makes you stand back and wonder: what the heck just happened? For some, "The Changeling" was exactly that kind of episode: the ambitious pace, dizzying transitions and abundance of metaphor certainly makes it stand out stylistically. But the hidden meanings found in Teal'c's dream also make it a pleasure to rewatch, as does the fluid directing by Martin Wood and the cameo appearances by many favorite characters.

Dream episodes, like forays into alternate universes, are unpopular in some quarters because of the "reset button effect." Both formats are liberating from a storytelling point of view: writers are free to kill characters, alienate the team, blow up cities or explore unlikely possibilities because, by the end of the hour, everything has reverted to how it was before. And some fans and viewers may favor the format as well because it allows them to see the characters in completely new and different ways.

But sometimes the enjoyment is outweighed by the frustration of the inevitable reset: it seems that no matter how interesting the character development or plot twists, at the end of the day it really doesn't mean much to our universe.

One thing that Stargate has shown that it is able to do, however, is link typical "reset button" episodes to our universe so that they don't exist in a meaningless vacuum. "There But For the Grace of God," "Point of View" and "Forever In a Day" are examples of such episodes. "The Changeling" is another. Although the majority of the episode is only applicable on a metaphorical level, it does have major consequences for the Jaffa, Bra'tac, and especially Teal'c.

And because of that metaphorical focus, "The Changeling" is the kind of episode that can be even more interesting the second or third time around. Like rereading a murder mystery novel, when you know what clues to look for, tracking the plot through seemingly random twists and turns can be a great deal of fun for the discerning viewer.

It's also an interesting look inside Teal'c's mind. Aside from having some misconceptions about firefighter protocol (which can no doubt be blamed on watching too many episodes of Third Watch), he does give us some new insights. Certainly a distinctive fear of death is something we haven't explicitly seen from him in the past; both he and Bra'tac, as well as most other Jaffa, seem to hold the belief that dying isn't so bad as long as it's with honor. We saw this attitude apparent in "Bray" after the kidney transplant. But it seems to reflect a shift in Teal'c's outlook on life and death that can perhaps be traced back to the death of Apophis. If the dream is to be believed, Teal'c still has some fear that the dead false god will indeed be waiting for him in the afterlife.

In the dream, we get a feel for how Teal'c regards the most important people in his life. Bray / Bra'tac is a father figure, someone Teal'c would rather die for than lose, and Shawna -– Shau'nac -– still holds a special place in his heart. O'Neill is his boss but also his friend, someone who cares about "T," his family and their well-being. Carter has a take-charge kind of personality, which could certainly reflect Sam's increased leadership role this season. Jonas is the "new guy," someone who genuinely cares about Teal'c and appreciates being made to feel like "part of the team." Daniel is persistent, determined, and has the enviable ability to answer questions with questions. And, of course, Siler opens the doors.

While they didn't "make" the episode, the aforementioned cameos add a lot to it. Christopher Judge's script appears to be an ambitious one in terms of casting if nothing else, and the fact that viewers get to see Bra'tac, Shau'nac, Daniel, and Jacob again -– however briefly -– definitely struck me as impressive. It rounded out the storyline, giving it a kind of "This Is Your Life" theme, instead of simply being "the episode where SG-1 dressed up as firefighters."

And, naturally, one cannot watch this episode without wondering –- "What fate Junior?"

Seriously, the loss of Junior from that familiar pouch is, logistically speaking, the biggest impact of the episode, the thing that ties the "reset button" dream to our own universe. The "ground Goa'uld" elixir will keep Teal'c and Bra'tac well in the short run, but what about the future? If symbiotes are scarce now, where will the supply for the tretonin come from? Will it truly replace the Goa'uld, or may Teal'c become more vulnerable in the coming season? And if he no longer has to kelnorim, what in the world will he do with all those candles?

All in all, "The Changeling" is a slightly crazy episode, but one that gets better with time and repeated viewings. It has great directing, nice casting -- and congratulations to Christopher Judge for an excellent first foray into the world of writing.