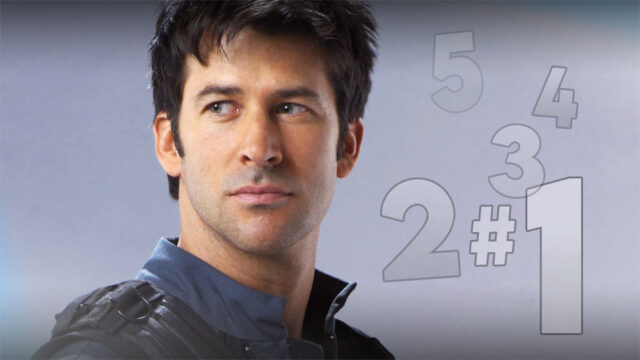 John Sheppard never planned to be here. Plucked out of a dead-end assignment at the bottom of the world, he found himself part of an expedition to the lost city of Atlantis in the distant Pegasus Galaxy. When the group was cut off from Earth and his commanding officer was killed, Sheppard had to step up and take charge of the military contingent and the base’s leading off-world recon team.

Sheppard was played by actor Joe Flanigan, who had worked in politics and writing before turning to acting. He had a string of dramatic roles on shows like Providence, Profiler, and Dawson’s Creek. In 2004 Flanigan was cast as the leading man in Stargate‘s new spin-off show, and shipped off to Vancouver, British Columbia for five years and 100 episodes of great sci-fi storytelling.

We whittled down our list to just five great episodes — episodes where John himself is front and center. But it’s worth giving a shout-out to a couple of honorable mentions that are significant for the character, but just missed out on the Top 5 list.

Season Two’s “Conversion” sees Sheppard transform into an iratus bug-like humanoid after he comes into contact with an experimental gene therapy. What he gains in super strength, dexterity, and wall-climbing ability costs him his humanity – as John Sheppard the man slips away. 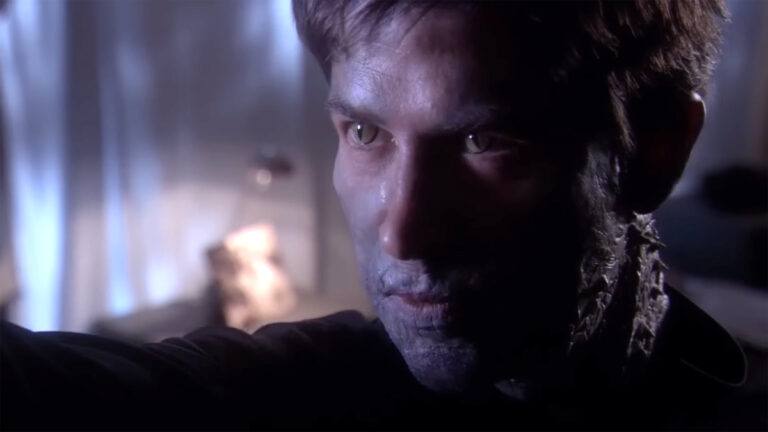 This is an entertaining hour, as Atlantis gives us its take on the classic science fiction movie The Fly. The makeup is top-notch, and the characters are all on point in their care for their friend. And hey, if you’ve been waiting since Season One for sparks to fly between John and Teyla … well, this episode has the show’s least romantic kiss ever! After watching this one I went away pretty much feeling like there was zero sexual tension left between these two.

Then there’s “Epiphany.” Sheppard is pulled into a time dilation bubble, where a community of humans are trying to teach themselves to ascend. Time passes much faster here, so that Sheppard lives six months with the villagers while outside the bubble his team is trying to rescue him.

Joe Flanigan himself contributed the story here — and for the most part, it works. Despite the brilliance of “M.A.L.P. On a Stick,” in an interview with GateWorld all the way back in 2006 Flanigan himself expressed some discontent with the final product. That final conflict with an invisible monster is a little lackluster, and in the long run it isn’t clear that Sheppard actually grew at all as a result of living with Teer and her people.

Now, with the honorable mentions out of the way, let’s get on with our five favorite Sheppard episodes … 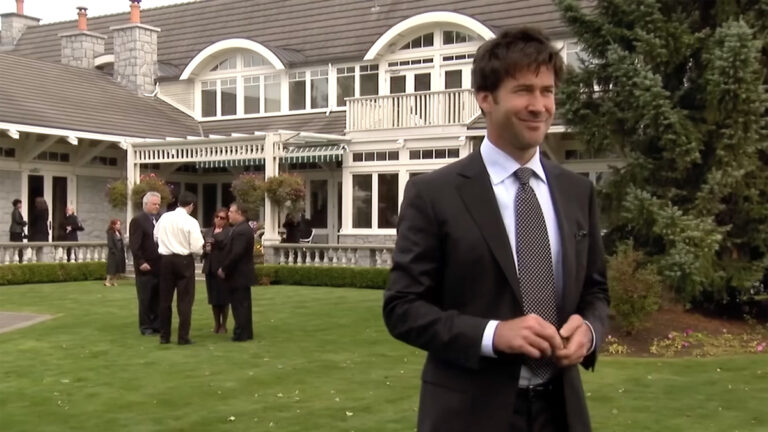 “Epiphany” wasn’t Joe Flanigan’s only story credit on the show. In the fourth season he conceived what became “Outcast,” with a teleplay written by Alan McCullough.

John returns home after the sudden death of his father, with Ronon Dex in tow. But his troubled family history ends up the least of his problems. A woman approaches them with information about Henry Wallace, whose company she says has been working with advanced nanite technology acquired off-world. Inside a laboratory the company has created what is, in effect, Earth’s very own human-form Replicator.

A Replicator on the loose on Earth makes this an intriguing story. And it’s a nice change of pace to see Sheppard and Ronon running around on Earth. In the process we finally get more of John’s backstory, which has been largely obscure for many years. We meet John’s estranged brother, Dave, and also his ex-wife — Nancy (played by Sliders’ Kari Wuhrer). As John pays respect to his late father, we see that John has spent many years running from him.

And hey, look! It’s Bates! Season One actor Dean Marshall returns, revealing that after he was injured by a Wraith and reassigned to Earth he joined a new I.O.A. task force. 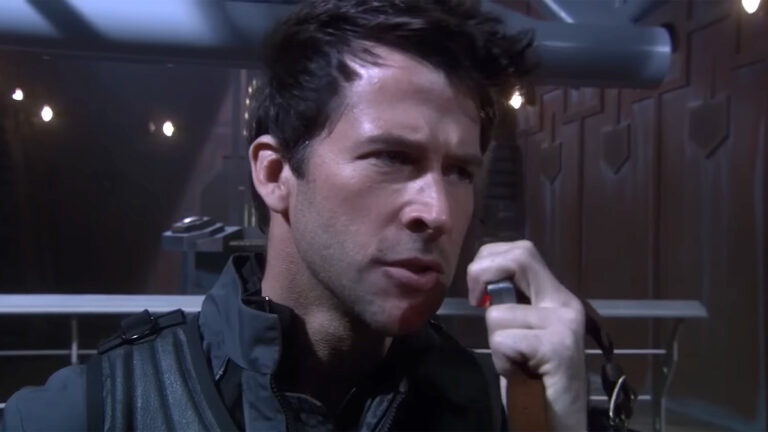 After his commanding officer Colonel Sumner was murdered by the Wraith on their first mission in the Pegasus Galaxy (“Rising, Part 2”), Major Sheppard quickly stepped up and took charge of the military assigned to the expedition. He proved himself a capable leader and a cunning soldier, from those early Wraith encounters to a tangle with the back-stabbing Genii.

In the first mid-season two-parter we see what Sheppard is really capable of as a warrior and a field strategist. After Genii Commander Kolya (Robert Davi) seizes control of the city and takes his friends hostage, John plays a deadly game of cat and mouse – moving his way stealthily through the city, taking out Genii, and sabotaging Kolya’s invasion of the Ancient city in the middle of a once-in-a-century storm.

This was not only a great episode for Sheppard’s heroics, but it also laid the foundation for his ongoing rivalry with Kolya. We would see the Genii commander return many times after this … and also later on our list! 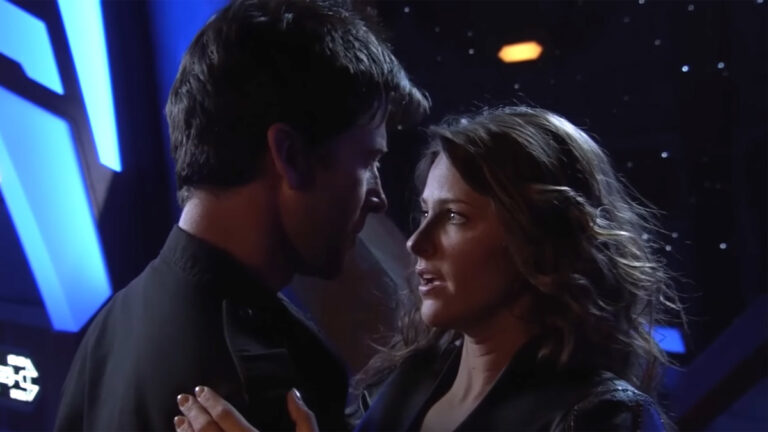 When he’s not tangling with Genii or looking for a way off of a Wraith hive ship, John is maybe most fun to watch sparring with his allies. In the Season Four episode “Travelers” his Puddle Jumper is scooped up by an alien race we’ve never met before: the Travelers are a nomadic civilization that has lived on colony ships for generations, in order to stay one step ahead of the Wraith.

Their leader is Larrin (played by Jill Wagner), who is every bit a match for Sheppard’s intelligence and stubbornness. She wants Sheppard to use his latent Ancient gene to help them activate a Lantean battleship.

The two have instant chemistry, and the episode keeps us guessing as Sheppard and Larrin alternate between cooperation and turning on one another. John turns the tables on her and steals her shiny new ship … only to run afoul of the Wraith.

Ultimately they have to work together, and Sheppard forges a crucial alliance with the Travelers. 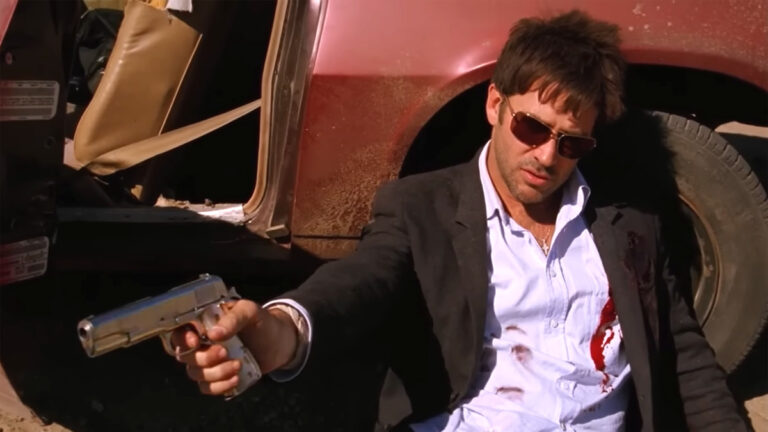 Our runner-up pick to the best Sheppard episode is probably the most unusual hour of Stargate Atlantis. And, in fact, this isn’t even our John Sheppard. “Vegas” is set entirely in a parallel universe, where Sheppard is a washed-up police detective who’s never crossed paths with the Stargate program.

While on the trail of a killer he learns that this criminal is no ordinary man, but a life-sucking creature – a Wraith, who was stranded on Earth and is now trying to contact his kind.

Originally styled “CSI Atlantis” by writer and director Robert C. Cooper, “Vegas” is a treat – from its unique setting and visual style to the very intimate look at the road not traveled. This Sheppard was pretty much washed up, with one foot out the door, leaving town with a bag of money found in the course of his investigation. But when he realizes where the Wraith is hiding he goes after him, putting his life on the line for the good of others – to get the job done, knowing he’ll never get any thanks or accolades for doing the right thing.

And the music is fantastic here. This episode builds to a shootout in the desert, as Sheppard is killed in a heroic effort to stop the Wraith from signaling his people and dooming the Earth. As Johnny Cash’s rendition of “Solitary Man” plays, the camera pulls up and away from this alternate Earth … leaving this version of John Sheppard to die alone in the dirt. 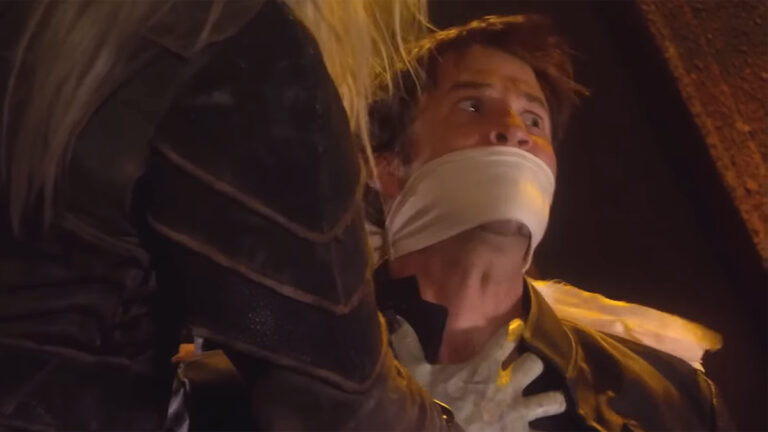 We’ve saved the top spot on our list for a story about our Sheppard, the John Sheppard whose adventures we loved for five great years.

“Common Ground” sees the return of Acastus Kolya in Season Three. Since their last encounter the Genii government was toppled in a coup, leaving the once proud Commander on the outside looking in. Now he leads a small band of loyalists, and his agenda includes ambushing the team and kidnapping Sheppard.

John is a prisoner throughout this episode, as Kolya subjects him to torture – allowing a captured Wraith to feed on him over and over. Kolya contacts Atlantis and demands that they turn over Ladon Radim, the new Genii leader who led the coup and usurped Kolya’s position. (Ladon — played by Ryan Robbins — was actually one of Kolya’s underlings during the invasion of Atlantis back in Season One.)

In addition to these brutal scenes where Flanigan stretches his acting muscles, and in addition to one of the best hours of Sheppard versus Kolya, “Common Ground” really shines in the Colonel’s complex relationship with his fellow prisoner. The Wraith whom we will later come to know as “Todd” (played by the great Christopher Heyerdahl) has long been separated from his hive and imprisoned by the Genii. This Wraith has nothing against Sheppard, but he must feed … and he resents Kolya’s exploitation of him as an instrument of torture.

Ultimately Sheppard and his fellow captive work together to escape, and John lets the Wraith go free – introducing one of Stargate Atlantis’ most original and compelling characters. The Colonel’s relationship with Todd will take many twists and turns as the show continues on, all the way to the final episode of the series.

“Common Ground” is a great episode, and it shows John Sheppard at his finest: under pressure, up against terrible odds, but clever and compassionate in turning the tables on his enemy while holding true to his own character.

Let’s hear your picks for your favorite Sheppard episodes! Do you think John at his best when he’s forced to be on his own, like “Epiphany”? Or does the character shine when he’s leading his team out into the Pegasus Galaxy? Leave us your Top 5 in the comments below, or over on YouTube. 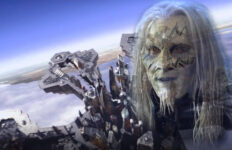 This was great, thanks!!

I would add “The Last Man” in the top 5. Its a great episode for all the characters including McKay but I enjoyed the Sheppard plot line. The interactions between the Sheppard and hologram McKay were great as well.

love the top 5 but I also loved Harmony—loved the little princess’s crush on Sheppard and the snark between her and Rodney was superb—then in the end, she has accolades for Rodney, Sheppard falling out of grace for stealing her pendant and the painting was a perfect parody!!