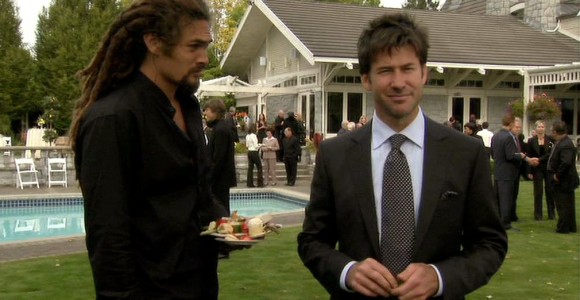 While on personal leave on Earth, Sheppard and Ronon learn that scientists have engineered a human-form Replicator – who is now on the loose.

John Sheppard returns home to Earth upon the news of his father's death, and brings along his friend Ronon to accompany him. They attend a wake for John's father, with whom the Colonel had a rocky relationship. There John tells his ex-wife, Nancy, that his dad had thought marrying her was one of the few things he did right. But John's brother tells him that their father regretted what had happened between them.

Sheppard and Ronon are surprised when a woman approaches them at the wake and knows much more than she should. She introduces herself as Ava Dixon, a research scientist who worked for Henry Wallace – the man who recently kidnapped Rodney McKay and his sister (Season Four's "Miller's Crossing"). Wallace's company was used by the U.S. government to develop technologies acquired off-world, including nanite technology.

The two men quietly excuse themselves and take Dixon to debrief her at a quiet café. She explains that she and her colleague, Dr. Richard Poole, were working on a secret project code-named "Archetype," which sought to develop nanite technology and increase the nanites' level of interaction with each other. Instead of being injected into a biological organism for medical purposes, they created an artificial organism using nanites as building blocks.

Humans have engineered their very own human-form Replicator.

Ava explains that, though she trusted her superiors, she soon learned that what they were doing was not legal and not being funded by the government. The I.O.A. was investigating the research company and closing in on them fast. Dr. Poole had attempted to destroy the Replicator in the lab – but it revolted, threw him across the room, and broke out of the high-security facility.

There is a Replicator loose on Earth. And it has been on the move for three weeks.