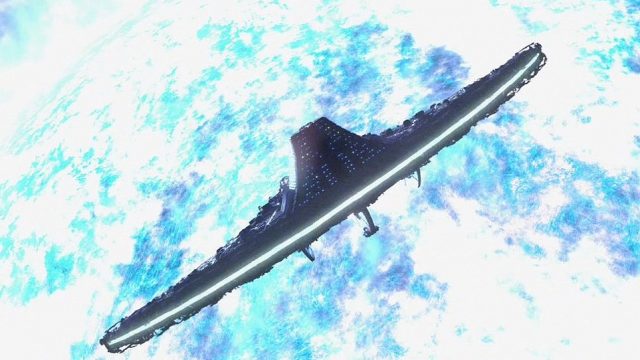 This fall we’re bringing back an old favorite from the summer of ’09: The Friday Five! Here we’ll count down our favorite moments, episodes, character beats, tech, and more from the vast history of the Stargate universe.

It’s been six and a half years since the lights went dark on board Destiny and Stargate Universe went off the air. Hard to believe! The show really was finding itself in the second season, and was sure to break out in Season Three (much like SG-1 had more than a decade earlier).

Syfy Channel cancelled the show in December of 2010 (it aired the final episode the following May), ostensibly due to ratings and cost but perhaps more because of the network’s changing brand strategy at the time.

Here are five reasons we still miss the show (in no particular order): 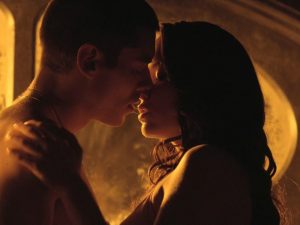 In its early days Stargate Universe was clearly focused (one might say preoccupied) with fleshing out its main characters. Rather than adventures off the ship, many episodes focused on what was going on inside the ship and inside their heads. Characters bounced off one another, pined for one another, conspired against each other, or fell into one another’s arms.

The show was meant to be “darker” and more character-driven, and that’s what we got. But some viewers soon chafed at what seemed to be a slow plot pace and excessive concern with emotion and relationships.

But as the show went on that changed dramatically. After 40 episodes the characters (and the cast) felt comfortable in their own skins. Relationships were more or less established. And there was a greater sense of urgency to turn outward — threats to the ship, planetary exploration, and the discovery of Destiny‘s mission. And there was more overall unity among the crew, who seemed less interested in jockeying for power and more in working together. 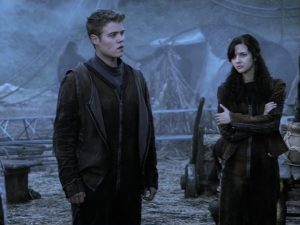 The crew encounter a lost colony of their own descendants. From “Common Descent”

SGU introduced some visually stunning planets, showing how truly alien the farthest reaches of the galaxy truly are. Nearly all of them, though, appeared to be uninhabited. Sure, there was an occasional creature that would stalk you as its prey (“The Hunt”) or a parasite that would burrow into your neck and cause hallucinations (“Pain”). But there was little if any evidence that anyone lived on these planets where the Ancients’ automated seed ships had left Stargates — at least early on.

Season Two changed that, too, as the crew encountered sentient and space-faring life forms and even found worlds colonized by humans. There seemed to be a rising probability that Destiny would eventually encounter not only new life, but also more and more new civilizations. Speaking of which … 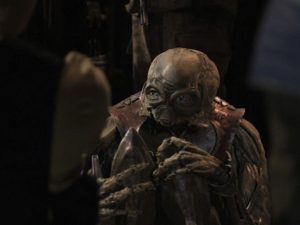 The first non-hostile, sentient alien species, the Ursini. From “Awakening”

Most of the show’s first season was a bit … lonely. Writers focused on the ship’s crew and their internal dynamics, focusing first on the Young vs. Rush clash (coming to a head in “Justice”) before turning to the Military vs. Civilians story and all-out mutiny in “Divided.”

Except for the amazing hour that was “Space” the blue aliens remained on the fringes of the story, and after the attack on Icarus in the first episode the Lucian Alliance didn’t lurk back onto the scene until the season’s end.

Then came Season Two. Not only did we see more of the blue menace (though their agenda remained shrouded in mystery to this day) but Destiny also came under repeated attack by drone ships — unmanned weapons left over from a long-dead war. Soon the crew would also begin to make allies, starting with the very alien and evidently peaceful Ursini and then, later, the Novans — a civilization of humans evolved from another version of Destiny‘s crew that had been thrown two millennia back in time (“Common Descent”).

While we only met a lost colony of Novans, executive producer Joseph Mallozzi hinted that the third season could have introduced the main branch of the advanced, space-faring people. 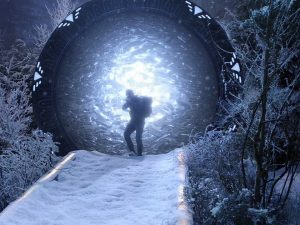 Lt. Scott arrives on a snow-covered world. From “Lost”

Let’s be honest: After 15 seasons of adventuring the SG-1 and Atlantis teams had gotten damn good at their jobs. Earth and Atlantis were major power-players in their respective galaxies, with enormously powerful enemies defeated (the Goa’uld, the Replicators) and the far corners of the Milky Way and Pegasus Galaxies reachable by our Asgard-pimped space ships.

It made for fun adventures along the way, but the galaxies were feeling a bit small. “No more worlds to conquer,” as they say. So when SG-1 got a new foe in the form of the Ori, the writers had to look not only to a different galaxy but a whole other plane of existence.

SGU sent heroes to the far reaches of the universe with nothing but the clothes on their backs, skipping through galaxies where no human being had ever set foot. And before those strange, new worlds could even be explored, the clock expired and Destiny jumped away to yet another galaxy.

It made the Stargate universe feel big again. Like there was no way our intrepid heroes could ever see it all, let alone conquer it.

A Mystery Worth Solving 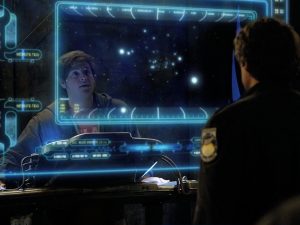 With that vastness of interstellar space came an equally vast and profound mystery: what caused an evident pattern in the universe’s cosmic background radiation? It wasn’t until the seventh episode of Season Two — “The Greater Good” — that viewers (and Destiny‘s crew) even learned what the ship was meant for. The Ancients had launched it eons ago in the hope of answering that question, a profound question even for them.

And with that question the ship’s crew found a new sense of purpose, forsaking their desperate attempts to get home and committing themselves to the great leap forward. Where will they end up? What answers wait for them at the end of Destiny‘s course?

These are questions that may never be answered.

And so we still miss SGU.

Want to author a future installment of the Friday Five? We’re taking submissions now! Click the “Submit News” button to get started.

So many stories left to tell…

An official Season 3 is now live, but not on tv. SGU is now a comic book continuing the SGU story from season 2.

There is also an unoffical season 3 fanfic in the form of screen plays that wraps up the show very well.

Use Google to find both. (Not sure if it is okay to post links here.)

The Stargate Universe comic book is their authors’ version of events happening after the season 2 ending, though. Joseph Mallozzi suggested that the person to ask about SGU’s official continued story would be Brad Wright.