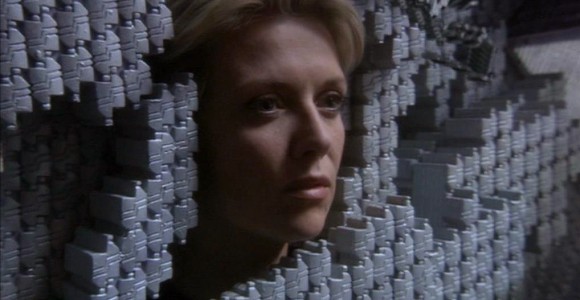 After production wrapped on Season Seven, the writers got together to hammer out stories for what would be Stargate's eighth and presumably final season. We spent a couple of days pitching out ideas, ultimately agreeing on about ten initial episodes for the coming year. Two of these episodes, slated to kick off Season Eight with a two-hour premiere, would address a number of issues: 1) Frozen Jack, 2) The consequences Anubis's defeat would have on the other System Lords, 3) The Ancient weapon in our possession, and 4) Jack's new position at Stargate Command. Along the way, we visited the Asgard, checked in on those pesky Replicators who were about due for a return appearance, and even found time to promote Carter to Lieutenant Colonel.

We managed to accomplish what needed to be accomplished, told the story we want to tell -- but truth be told, things didn't turn out exactly as planned. Well, to be honest with you, things never turn out exactly as planned. Be it scheduling concerns, script changes, on-set mishaps, or acts of God, production is never a smooth, predictable process. There'll be changes, compromises, and even some surprises along the way. Usually, these little events are forgotten as soon as they happen. But for posterity's sake, I've jotted down some points of interest, behind-the-scene snippets, about Season Eight's two-part premiere: "New Order" parts one and two.

That said, I'd love to find a way to bring Woolsey back at some point. Not only is he a great character but, of all the guest stars we've had on the show, Robert Picardo was my favorite.