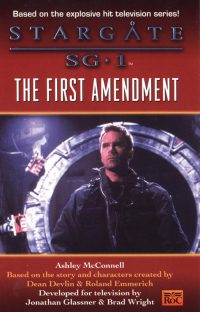 A young reporter is smuggled into Stargate Command and witnesses the top-secret project in action, prompting SG-1 to demonstrate to him just how dangerous the universe can be.

From the very beginning, the success of the Stargate project hinged on one vital factor -- absolute secrecy. The world remains ignorant of the Goa'uld and the war being waged in space, and that's just the way the Stargate command wants it. But their secret may not stay that way for long. A young reporter has been smuggled into the most restricted area of the Cheyenne Mountain base. He's witnessed the Stargate in action, and wants answers. But he'll get much more than a headline when Colonel Jack O'Neill and his team decide to show him exactly how dangerous the universe can be ... From Roc