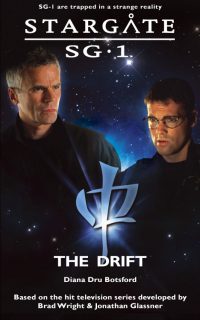 The highly anticipated sequel to SG-1: Four Dragons finds the team trapped within a mysterious Ancient device discovered in the Antarctica outpost.

Earth's Ancient weapons chair is at the center of an international dispute. Dr. Daniel Jackson is sent to Antarctica to sooth diplomatic tensions while General Jack O'Neill reluctantly takes charge of a radical new weapons chair training program. But when a natural disaster hits Antarctica, the future of the Ancient outpost -- and of Earth itself -- is thrown into jeopardy. Yet again, Earth's fate lies in the hands of SG-1, but this time the team are lost and powerless to help. Trapped within a strange reality, SG-1 encounter old friends and enemies as they struggle to escape and stop the Ancient cataclysm that's threatening to destroy the planet. From Fandemonium