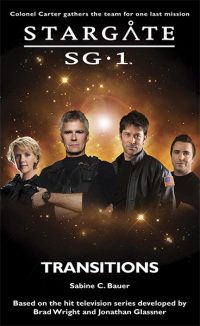 SG-1 must unite for a very personal rescue mission when Cassandra Fraiser is kidnapped by forces unknown.

Recently promoted to the rank of General, Jack O'Neill is just getting used to his new position at the S.G.C. when disaster strikes. Cassandra Fraiser, the adopted daughter of the late Doctor Janet Fraiser, has been kidnapped by forces unknown. Meanwhile, Daniel Jackson receives a demand -- translate a mysterious document, or Cassie will be killed. Determined not to give into the kidnappers, Colonel Samantha Carter gathers her old team together for one last mission -- save Cassandra. From Amazon.com