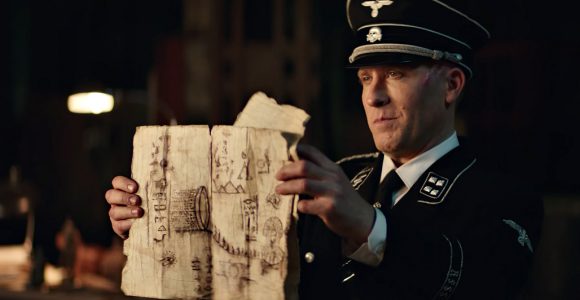 Ten years after discovering the Stargate, Professor Langford and his daughter Catherine face a foreboding threat when a Nazi officer arrives at the warehouse where they are studying the artifact.

The year is 1928, and a young girl follows behind her father as he arrives at an archaeological dig in Giza, Egypt. What his men have found is unlike any ancient artifact ever seen: a large, metallic-like ring is hoisted up out of the sand. On a table nearby, young Catherine finds a golden amulet bearing the symbol of the Eye of Ra, sun god in the ancient world. 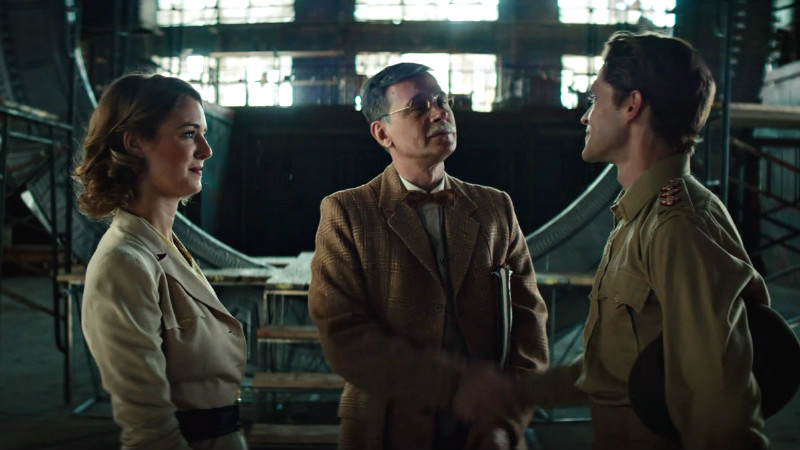 A decade later, Professor Paul Langford and his daughter continue their study of the artifact – now erected in the center of a warehouse in Cairo. Catherine (who wears the Ra amulet every day) is a young woman, and informs her new beau – a British Captain named James Beal – that after years of study they only have theories about what the ring might be. They don't even know what it is made of.

A nervous Beal meets the genteel Professor, and Catherine is pleased. But after James leaves that evening, she and her father clash. Their business partner Dietrich has sent a telegram informing them that he has failed to secure further funding for their work, and will not be returning to Cairo. Catherine has received a job offer to catalog artifacts at a local museum, and is frustrated when her father is less than pleased with the news that she will be leaving. They fight, and she storms off to her room. 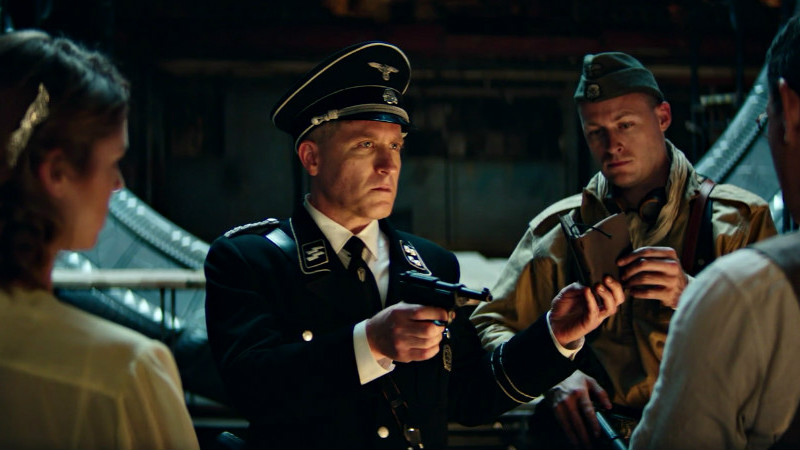 Within minutes the flicker of lights indicates that a vehicle is approaching, and both emerge to find a German officer mugging it up in front of a film camera next to their artifact. As his three men seize the Langfords he introduces himself as Dr. Wilhelm Brücke, "Chief Occultist" to Adolf Hitler.

Brücke comes bearing his own artifacts, along with a theory about what the ring is – and what it can do. He speaks of ancient legends and Einstein-Rosen Bridges, suggesting to the Professor that the ring could be a doorway.

And he intends to open it.