Book 6 in the Legacy Series
Summary 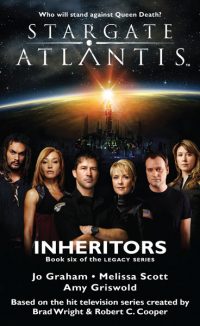 As battle lines are drawn, humanity's only hope of survival rests on the fate of a terrifying Ancient weapon of mass destruction.

End Game The battle lines are drawn. Queen Death is mustering her fleet. But who will stand against her? As conflicts and betrayal threaten to shatter Atlantis's fragile alliances with Guide's Wraith and the Genii, humanity's only hope of survival rests on the fate of an Ancient device -- a weapon too terrible to use but too powerful to cast aside. A weapon capable of exterminating every Wraith in the galaxy, and with them every human carrying Wraith DNA ... With Queen Death's fleet fast approaching, Colonel Sheppard and his team must make their final choice. In the sixth and concluding installment of the STARGATE ATLANTIS Legacy series, the future of Atlantis will be decided -- and more than one of her crew will be called upon to sacrifice everything in the fight for her survival ... From Fandemonium