Book 7 in the Legacy Series
Summary 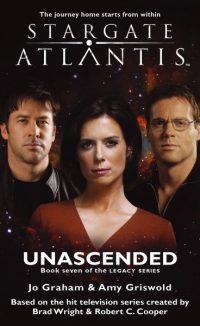 While Daniel Jackson pays a visit to Atlantis, Rodney is convinced that his life was saved by an old friend -- who may have returned to the Pegasus Galaxy.

Lost and Found ... In the fragile peace following Queen Death’s defeat, Dr. Daniel Jackson arrives in Atlantis to indulge in some real archaeology. Naturally, things don’t go according to plan. Convinced that an ascended Elizabeth Weir saved his life, Dr. Rodney McKay argues that she must have escaped her Replicator body in order to ascend. No one believes him, but when rumors reach Atlantis of a woman with no memory who calls herself "Elizabeth," Rodney is determined to track her down. Meanwhile, Daniel's research uncovers evidence of Vanir activity in the Pegasus galaxy -- evidence that casts both light and shadow over the mystery of Elizabeth ... From Fandemonium