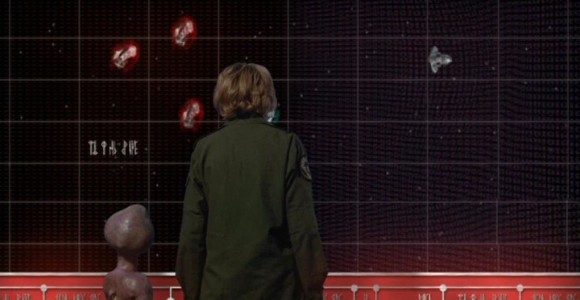 O'Neill and Teal'c risk their lives to keep the Replicator bugs from gaining a foothold on Earth, while Carter helps the Asgard fend off a Replicator invasion.

The Russian submarine code-named "Blackbird" has come in contact with the lone survivor of the crash of the Asgard ship Beliskner into the Pacific Ocean. A Replicator – a technological "bug" that is the scourge of the Asgard's home galaxy – has come aboard, and killed the crew.

At the S.G.C., technicians work around the clock to install Earth's second Stargate and equip it with an iris. The command's original Stargate was transported to the Beliskner to allow SG-1 to escape the doomed ship ("Nemesis"), and is now presumed destroyed.

It takes over a week before the Stargate is functional, but Colonel Jack O'Neill, Major Samantha Carter, and Teal'c finally return. They escaped the Beliskner to P3X-234, and have been dialing Earth unsuccessfully ever since. Thor is safe, having been picked up by the Asgard. The group takes a well-earned rest.

Major Carter studies two Replicator pieces recovered from the crash site, while O'Neill plans to take that missed fishing trip. But their vacations are again interrupted: Major Davis arrives from the Pentagon, and tells the S.G.C. about the overrun Russian submarine. The vessel has been towed to a U.S. harbor, but the government's cover story about where it came from and why it is being quarantined won't hold up for long.

O'Neill and Teal'c, along with two other soldiers, board the sub to determine the threat level. Daniel Jackson, Major Davis, and Sergeant Siler watch from a remote location, through cameras mounted to the team's helmets.

Carter has a mission of her own, though. Thor comes to the S.G.C. and asks for help, and she volunteers to go with him.

Thor's home world is about to be invaded by three ships overrun with Replicators. He and the rest of his race have realized that their arrogant over-reliance on their technology has caused their undoing. Indeed, they are no longer even capable of thinking in a way that might provide a way to defeat the Replicators. The humans, though, have already found a method that is effective in neutralizing the bugs – projectile weapons.

Carter returns to the Asgard planet with Thor, to lend her "less sophisticated thinking" to their struggle. Asgard ships move to intercept the three vessels that are on their way to the planet, but are destroyed. All that is left to defend the planet is the O'Neill, an advanced warship prototype built specifically to combat the Replicators – and named after Colonel Jack O'Neill. Carter struggles with Thor to better understand how the Replicators work – and how they think.

On the submarine, one of the soldiers on board with O'Neill and Teal'c has been killed. In addition, the team learns some curious things: the Replicators are a different color, no doubt a result of consuming metals different than those that made up the Beliskner. In addition, there is a giant "mother bug" on board. The original survivor of the crash – and the only Replicator made up of advanced Asgard metals – is inside of it, having built on to itself. It is the queen bug that creates new Replicators.

Carter comes up with an unorthodox plan: send the unmanned O'Neill into hyperspace. The bugs will chase it, because it is made of the most advanced metal and technology the Asgard possess. The Replicators will be forced to take their ships into hyperspace to pursue, and the energy drain will not allow them to maintain their shields at the same time. The O'Neill can be self-destructed, taking the invading Replicators with it.

Thor refuses to consider the plan because it is too great of a risk. The O'Neill is the most advanced weapon the Asgard have, and their last hope of defending against the invasion. But Carter convinces him; the Asgard have already acknowledged that the solution does not lie with their own technology. Thor launches the O'Neill, and the Replicators follow it into hyperspace. The ship explodes, successfully destroying the invasion force.

On Earth, O'Neill and Teal'c open fire on the bugs and destroy the queen, but are sealed into the submarine. All routes to the escape hatches are blocked by the Replicators. Facing inevitable death, O'Neill orders Davis to command a waiting U.S. sub to fire on the ship and destroy them. Jackson is hesitant, but consents; Davis orders the strike, and the submarine is torpedoed.

Through the helmet cameras, Jackson watches his friends brought to the ground by the Replicators – then transported away by the Asgard seconds before they are killed.

Thor and Carter have arrived in Earth's orbit, and rescued O'Neill and Teal'c. The Replicators have been destroyed on both fronts. But these are small victories, Thor tells them: the war against the Replicators stretches across their entire galaxy. But now there is hope, where before there was none.