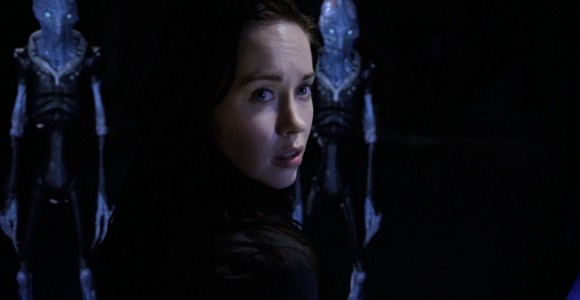 With Destiny up against a fleet of drones, the crew is surprised by the arrival of an old foe. Chloe faces her former captors when the crew decide to hand her over.

Destiny falters under the bombardment of many dozens of drone ships. Their command ship remains out of range. On board Destiny Chloe Armstrong has broken containment, and Lt. Matthew Scott finds her in the Control Interface Room ("Resurgence"). Believing they may be Destiny's only hope, she has summoned the blue aliens ("Space"). Col. Everett Young orders Scott to take her to a holding cell. 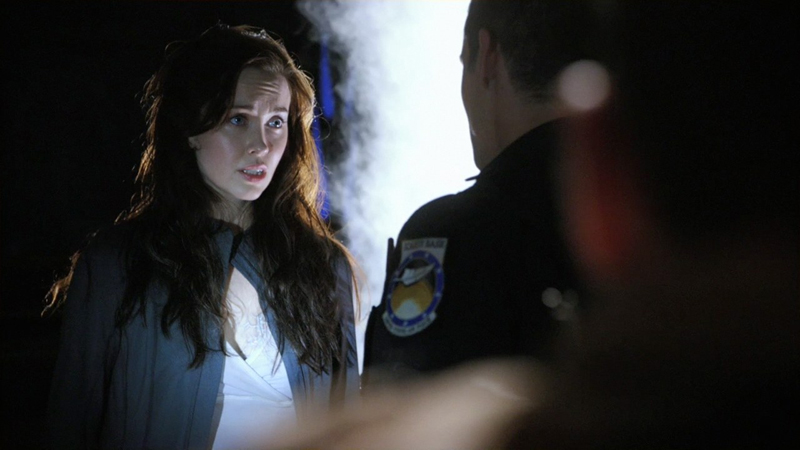 When three of the aliens' ships arrive on the scene the drones shift focus, giving Destiny some relief. But with no F.T.L. drive, Destiny is unable to flee; destroying the command ship is the only option. Eli Wallace and Dr. Nicholas Rush work on disrupting the subspace link between command ship and drones.

Even though several more shield generators fail and there are multiple hull breaches, Destiny approaches the enemy command ship. When the jamming signal is transmitted, the drones cease firing. Destiny targets the command ship, eliminating it. The drones fall dormant. The plan appears to have worked, and in the process two of the blue alien ships were destroyed and the third is seriously damaged.

Destiny's F.T.L. drive is soon repaired – but five shield emitter relays have also burned out. They must be fixed before the ship will be able to jump away. Leaving Dale Volker and Adam Brody to the repairs, Young finds Rush in the Control Interface Room. He tells the Colonel that in order to summon the aliens Chloe had to bypass Destiny's communication systems – which required knowledge she shouldn't have. When she broke containment, Chloe broke her guard's arm in two places, another feat beyond her ability. The two men agree that they can no longer control her.

The Ursini on the seed ship share more bad news. When the command ship was destroyed, they attempted to signal their colony. But another drone command ship replied ... evidently indicating the Ursini colony is gone. That command ship is on now its way to eliminate the remaining Ursini. 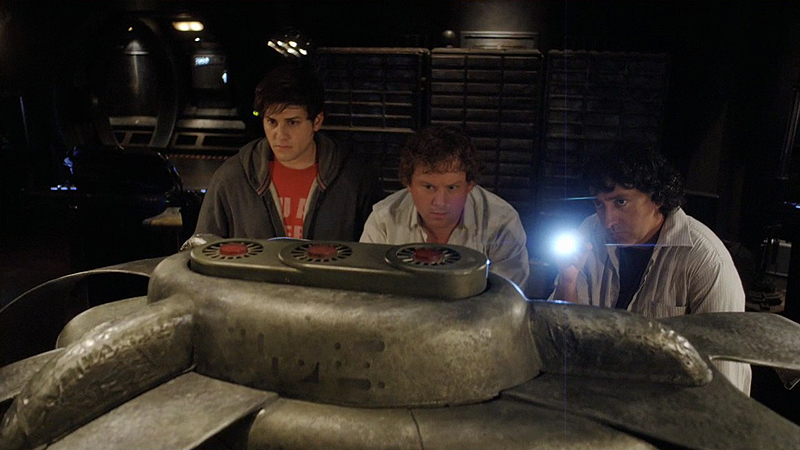 The seed ship no longer has a working F.T.L. drive, and its shields are too weak to cover both vessels for another tandem jump ("Resurgence"). Needing more information on the attacking alien technology, Young agrees to allow a small drone to be brought on board even though no one knows if it will respond to the new command ship when it arrives.

Scott, MSgt. Ronald Greer and Dr. Lisa Park suit up. Using their newly refurbished shuttle ("Visitation"), they pass a large drone without awakening it. They capture a small drone – but the remaining blue alien ship suddenly blocks their return to Destiny, signaling the message "No Escape."

Likely aware of the coming second assault, the aliens too need time to make repairs. Destiny needs the drone. Doubting their weapons capability, Young determines to challenge them – but Rush has another idea. Give them something they want – namely, Chloe. It is the only chance to prevent her complete transformation, and in exchange Destiny can finish recovering the drone.

When the blue aliens agree, a reluctant Lt. Scott drops off the drone and delivers Chloe to the alien ship. After she and Scott express their feelings for one another, Chloe leaves with the blue aliens – not knowing what they will do to her, or if she will see her people again. They begin their work on her while Scott waits in the shuttle in the alien hanger bay. 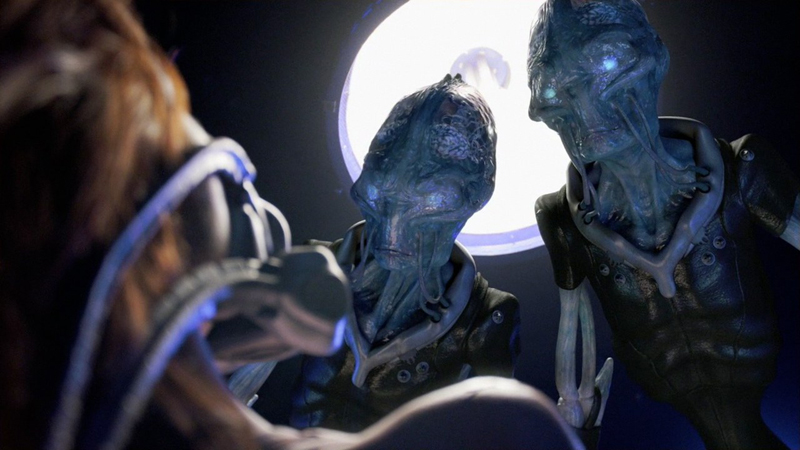 Meanwhile Eli, Volker, and Brody examine the drone and quickly crack the machine code. Rush joins them while they are trying to find the weapon's communications sub-routine. He dispatches Brody and Volker to complete repairs on the shield emitters.

The drones from the new command ship swarm in, and both Destiny and the blue alien vessel take heavy fire. As the battle rages the aliens return an unconscious Chloe to Matt in the shuttle. He flies out into the swarm and, since he can't reach Destiny yet, wades into the battle. The blue alien ship jumps out, and now all the remaining drones turn to attack the only target remaining: Destiny.

The seed ship suddenly comes to life. Sending David Telford (now on Destiny) a message of regret, the Ursini make what looks like a suicide run at the command ship. This draws away enough drones to buy Eli and Rush a few more moments, during which Eli manages to locate and reprogram the enemy recognition software. 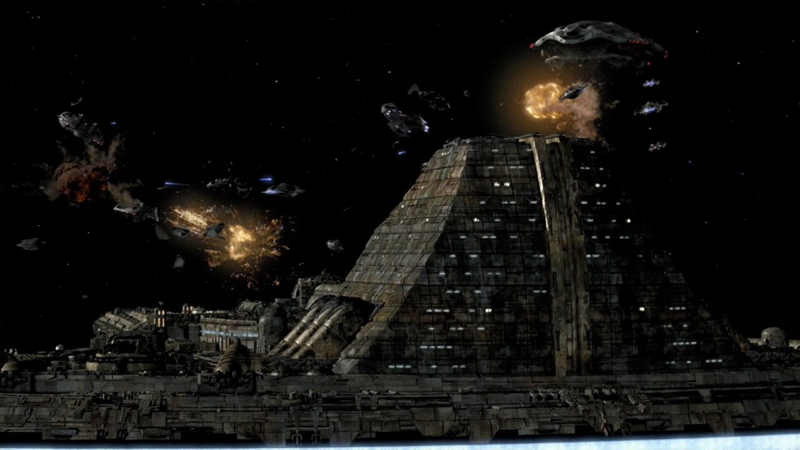 Suddenly, the dormant drones roar to life and fire on the attacking drones. Scott docks his shuttle, while Brody and Volker finish their work on the shield emitter relays. Destiny now has full shield cover – but only at five percent strength rather than the customary ten percent. Deciding they must take the risk, Young orders Destiny's jump. With evident strain, shaking and creaking, the ancient ship slides awkwardly into the safety of F.T.L. flight.

With the danger falling away behind them, Young, Scott, and Rush gather in the Infirmary. Chloe's blood work is now normal, and she has no more alien lesions or blackouts. While seemingly restored to herself, Chloe asks Rush why she can still do math equations that are beyond her normal skills. He suggests she consider it a gift from the experience. Satisfied, Chloe closes her eyes to rest, even as Rush glances at her equations. He knows she is likely not entirely cured.