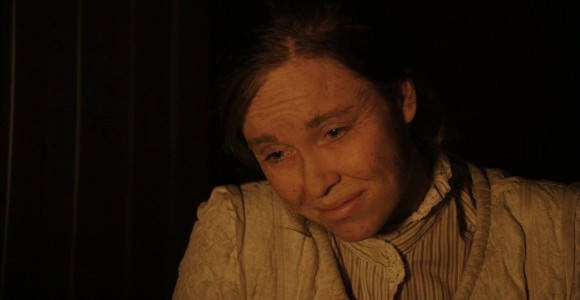 While attempting to return a group of colonists to their home, the crew finds records of their own alternate lives – and a planet on the verge of seismic destruction.

After flying through a massive deserted city covered in ash on the planet Novus ("Common Descent"), Lt. Matthew Scott lands the shuttle near a statue of Colonel Everett Young – his own commanding officer on the Destiny, and one of the founders of this now deserted human civilization some 2,000 years ago.

Having returned to his homeworld after many years living in an isolated colony off-world, Yaozu takes Lt. Scott, MSgt. Ronald Greer, Eli Wallace, Camille Wray, Jason, and Ellie to the entrance of an underground bunker. Neither C4 nor the shuttle weapons can open the doors. One of Destiny's cannons, however, is able to make an entrance into the facility. As the team enters the lights come on. In the elevator, music plays as they descend thirty stories beneath the surface. 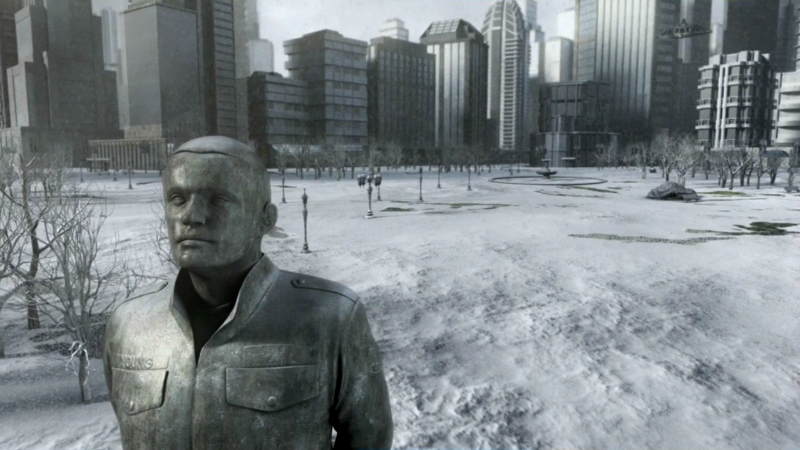 But they find no refugees living inside, no sign of where the survivors of the Novan civilization have gone. But they do find access to the entire Tenaran archive – thousands of kino recordings, documents, and more dating back to the moment the crew from an alternate timeline stepped through the Stargate and traveled back in time ("Twin Destinies").

Eli establishes a comm link to Destiny as others scavenge canned goods and survival rations. Chloe Armstrong, Dr. Nicholas Rush, Adam Brody, Lisa Park, and Dale Volker join them. Rush ignores the archives, instead taking time to search the storage containers. Since the terminals are fixed in place, Eli creates an up-link to stream the archive to Destiny so they can save the data and take it with them.

Meanwhile, Camille Wray calls up 2,000-year-old kino footage – the earliest in the archives. In the distant past, she sees that Destiny's crew were greeted by thin air and a sandstorm after they evacuated through the Stargate. Eli tried dialing other accessible Stargates. Scouting ahead, Scott located a suitable planet: Novus. The refugees argued about what to do next. But since they could be anywhere and in any time, they realized that there was no way Destiny could ever find them. Young focused his people on their immediate needs: finding food, and building shelters.

On Novus in the present day, a huge earthquake shakes the underground complex. The walls begin to crack.

Chloe discovers the diary left behind by her other self. After six weeks on Novus, Volker had died unexpectedly. Lt. Tamara Johansen suspects kidney failure ("Hope"). Watching the footage of his own funeral, a shaken Volker returns to Destiny to initiate the up-link to transfer the archives. 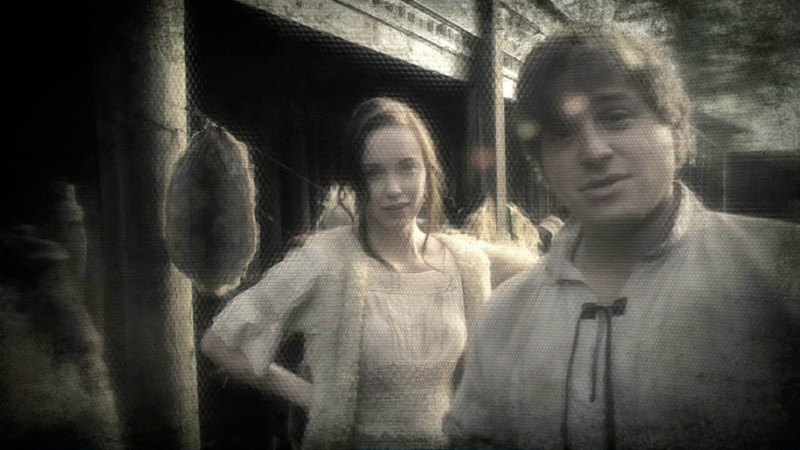 Eli finds information about Novus's current inhabitants. Their Stargate was buried by lava decades ago (when Yaozu's colony lost contact). But they built several spaceships with which they evacuated everyone on Novus. Headed for one of the planets they had scouted, the trip will take the colonists several hundred years – as the ships have no F.T.L. capabilities. But Destiny can make the trip in only ten days, and possibly find the ships en route.

Mining through the recent records, Dr. Park learns the explanation for the planet's fate: a rogue black hole has entered the system. Tidal forces are ripping the planet apart, and a shallow, active fault now runs underneath the city. She also discovers there is still an evacuation ship in the city. Meanwhile, Eli writes a compression algorithm that can transfer the entire Tenaran database in 37 hours, rather than several days.

More kino recordings show Chloe having her first child. Park and Greer have a son they name "Dale," after their late friend, Volker. Lt. Vanessa James has a child with Varro. T.J. has a daughter. Eli marries Corporal Barnes.

Rush searches until he locates a foam substance. As he confirms his hunch at a computer terminal, another earthquake strikes. He loads the crates into the elevator and finds Scott just as Scott prepares to check on the evacuation ship. But now a river of molten lava covers the shipyard. 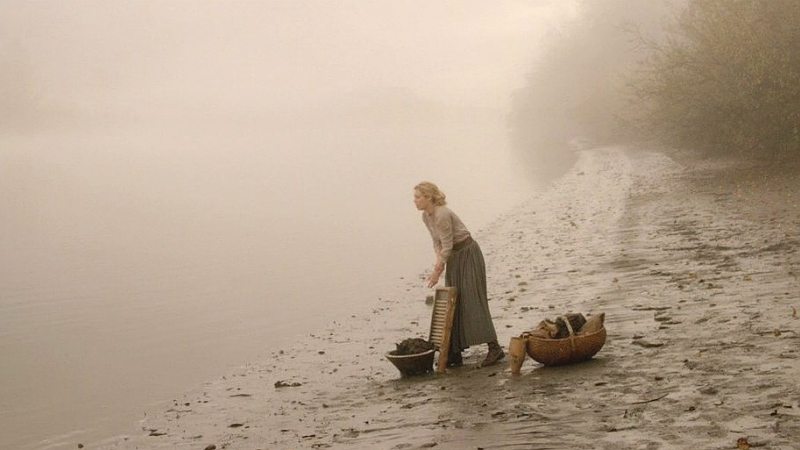 Kino footage documents T.J.'s neurological problems and eventual death from ALS. Both Varro and Young try to comfort Tamara, who realizes that she too now harbors this fatal illness inside of her. Volker begins to comb through the Ancient database for a cure, and Yaozu announces that the Tenaran archive contains a cure for ALS, as well as many other diseases. The crew must complete the download before the planet is destroyed.

Alarmed by the volcanic activity, Rush urges Young to order an immediate evacuation. Another earthquake hits.

More kino footage picks up with the original Novus settlers decades into the future, as Matt and Chloe reveal that they will soon have a grandchild. An aged Greer and Park now have four sons, three daughters, and 15 grandchildren! Vanessa and Varro have three children and five grand-kids. Wray, meanwhile, has been busy drafting a constitution for their posterity. Eli, himself now a father, is the community's teacher.

Another severe earthquake cuts power to the elevator and terminates the communication link – with only a third of the archive transmitted. Many flights of stairs have also crumbled. Trapped 30 floors down, Young, Eli, T.J., and Varro are forced to climb the ladder built into the wall as another quake rocks the building.

T.J. grabs a wrung. It pulls completely free of the wall. As she falls, Varro grabs her. He propels her onto a platform – but his wrung comes loose, dropping him back to the floor beneath. Scott and Greer have descended as far as possible carrying rope to rescue the others, and they pull T.J. up to safety. Young climbs down to rescue Varro, who is still alive after his fall. As the group finally reaches the shuttles and heads up toward Destiny, another quake sends lava flowing toward the archive. 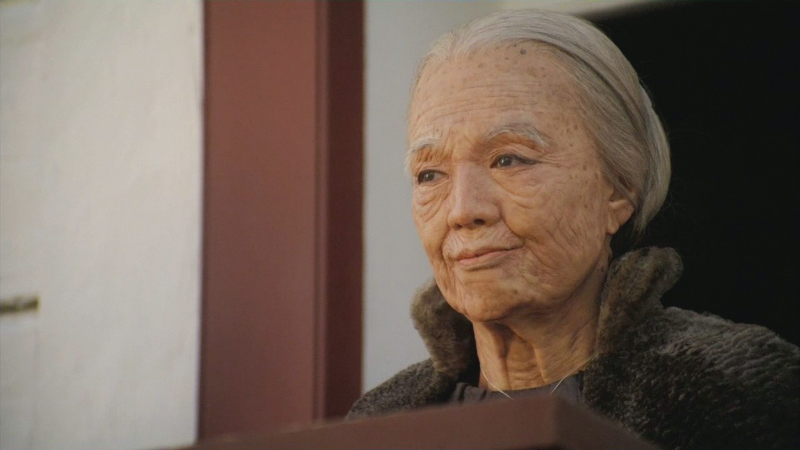 Novus is lost. As Destiny sets course to drop off the Novans at their new homeworld, Rush installs the foam substance in the air scrubbers – a substitute that will be much better than lime. T.J. tends to the injured Varro, but is still shaken by the knowledge of her fate. The Novans' cure to her illness was not found in the information transferred from the archive, nor has Volker found anything in the Ancient medical database.

A last bit of kino footage shows the growth of the settlement on Novus from a few wooden buildings to the magnificent city they were forced to abandon. As the first ships rise up to take them to the stars, the elderly Camille's words follow them: Destiny's people did not fail in their mission, but rather their mission is the journey – no matter where it takes them.